Apple and Microsoft’s visions for the future are delightfully different 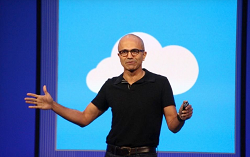 Microsoft?s evolution over the past few years has brought it closer to Apple than ever before. Just like its old nemesis, the Windows company now sells its own phones and tablets, gives away OS updates for free, and runs a large network of retail stores.

The first flagship Microsoft Store is, in fact, being set up only a few blocks away from Apple?s iconic cube on Fifth Avenue. But dig below these skin-deep similarities and shared geographies, and you?ll find two fundamentally different strategies.

For Apple, the future of the personal computer is about making the machine even more personal. That?s the premise underlying the new Apple Watch: the idea of creating a stronger and more literal bond between the smart device and its user, who now becomes it wearer. Apple is focused on a narrow continuity between iOS and OS X devices. When Apple brings new software and services to its devices, it does so with the deliberate aim of making them stand apart from the rest. Apple loves to present itself as a company that combines hardware, software, and services into one incomparable package, but its revenues every year show that, at least financially, it?s primarily a hardware company. Everything Apple does is designed to sell another iPhone, iPad, or Mac ? even the Apple Watch, in its present fledgling state, amounts to little more than the world?s fanciest iPhone accessory.

Microsoft, on the other hand, defines its future as one of more personal experiences rather than devices. Microsoft is doing everything in its power to tear down the walls between various mobile devices and platforms. This past week it also showed how Android and iOS apps can be ported to Windows, and its hardware ambitions under Satya Nadella appear to be much more geared toward ensuring affordability than they ever were during Steve Ballmer?s reign. The Microsoft goal is true universality of apps running on the widest range of devices.